We're watching Bob's Burgers and playing the sims. Here are the Galleys! And Merry Christmas everyone! 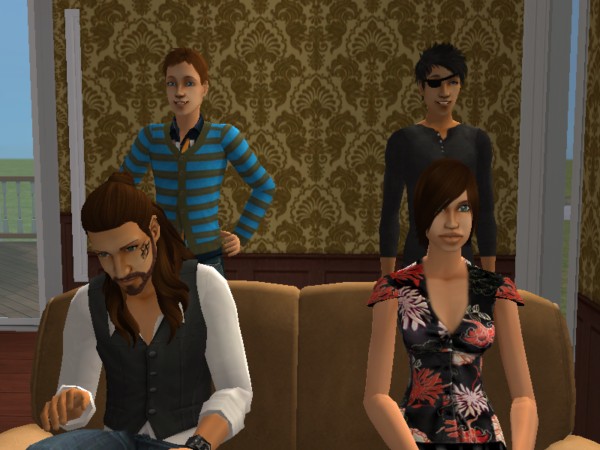 In the back are Hunter and Markel, and on the couch are Murchadh and Shelby. Shelby divorced her husband after falling in love with Murchadh. She also has a new outfit for new life.

We have two goals this chapter. Adopt Kawaii and finish the house. With that being said let's get going! 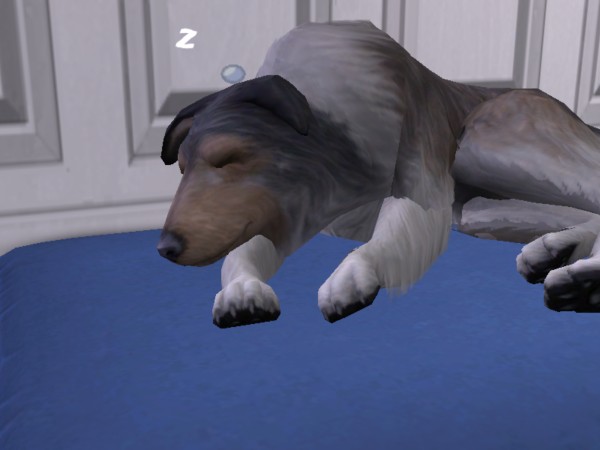 And here in the most important member of the family, Maxx. There's also Nathan, Mary, Isaiah, and Micah. And Mary might be pregnant again, I don't remember. Anyways,

I hope you're ready to start with a bang, this is going to get messy. 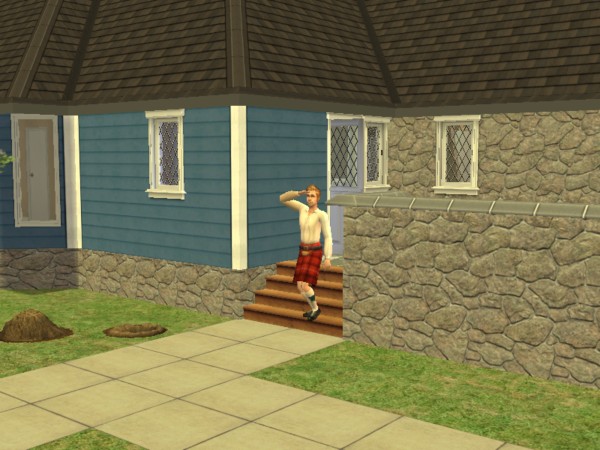 This is a day early, but I'm so eager to start and there is a clear winner for the vote for which house to build. Which is this one: 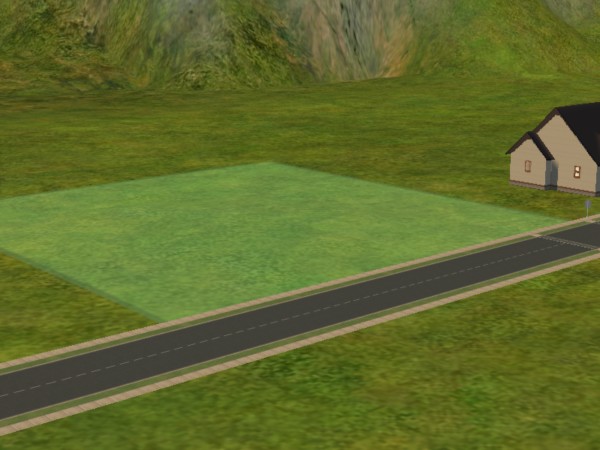 Lot is placed, let's get started!

I debated on bringing in a new family or not. Or giving myself a break. But I'm looking for to playing the Newsons. So there's that. I've played them before in my first BACC, Arbor Watch. So it's time to bring them out again. 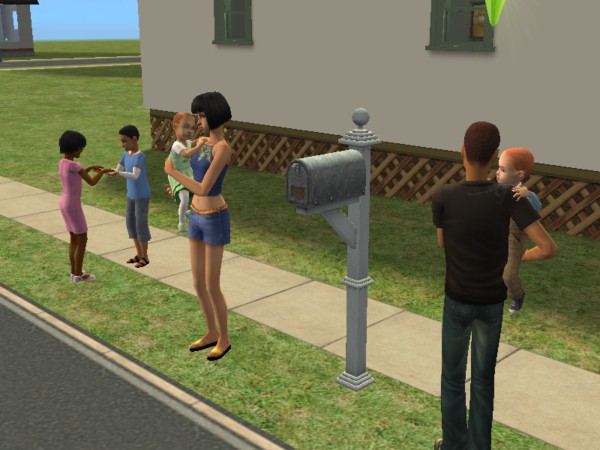 Binsonville has a plethora of G names, what's six more. We have Gavin, Ginger, Gallagher, Gabriella, Garrett, and Georgia. Gavin wants to become and business tycoon and Ginger wants a golden anniversary. Thankfully there is plenty of boys in the neighborhood for her to meet.

Finally we're to the Russos! I'm so excited to finally be playing them. Lots of birthdays happening this week. Brock is due to have his adult birthday. Super stoked about the household getting a little smaller. 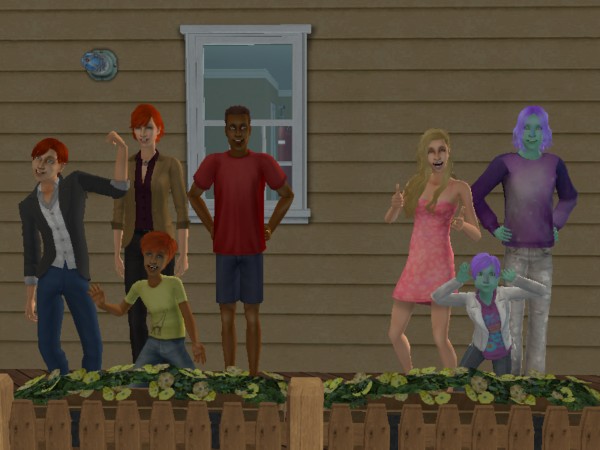 Kate and Amin with their two boys, Brock and Oliver. And Marisa and Cik with their son and neighborhood most popular kid, Marik. Not pictured is Leroy the dog.

If you can't tell I'm still enjoying Binsonville immensely. I hope you guys are too. Now on to the Goodies. 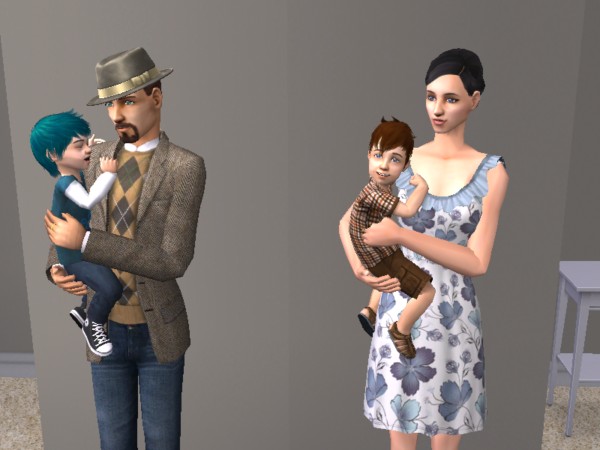 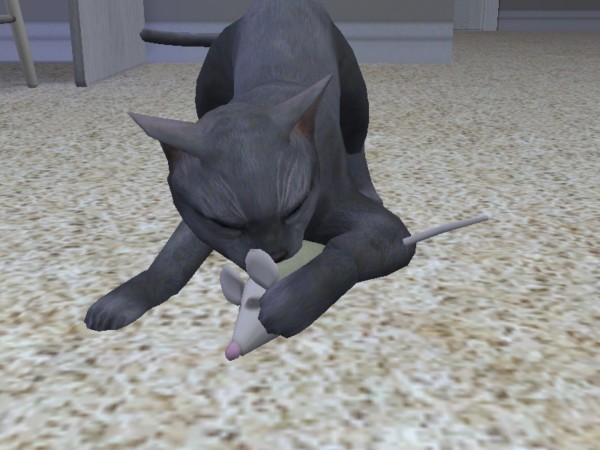 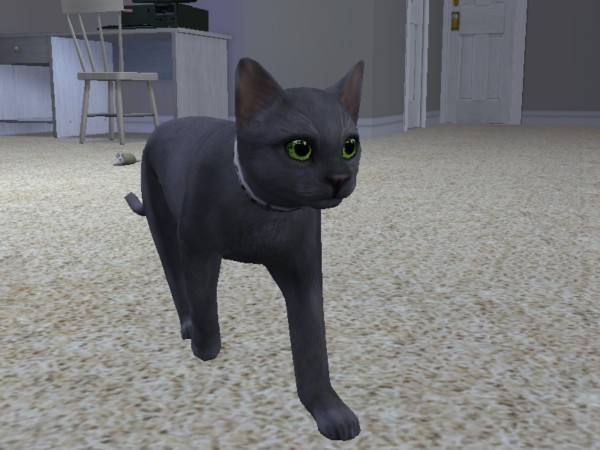 I know you've been waiting to see Pinc, the amazing pink baby. Here he is with his parents, Iain and Shelby Robertson.

My chrome won't open T.T I know rebooting my computer would fix it. But I'm excited to play the Galleys. So we're doing this in Microsoft Edge! Nothing is going to stop me now! We're here with the Galleys, the newest family of Binsonville. Check out my previous post to meet Murchadh, Markel, Hunter, and Pierce.

Sneak peek at the newest family out of the bin! The Galleys! 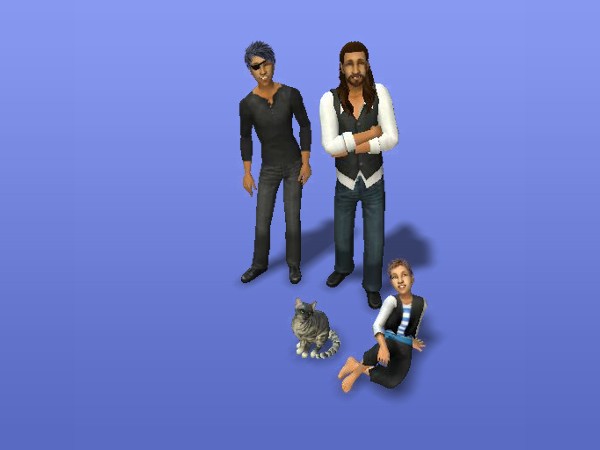 I decided to bring in two new families this rotation, and this is the Galleys the second family.

Murchadh Galley is a side character in one of the novels I'm writing. He is the second eldest prince in his kingdom and is vying for succession against his six brothers. Murchadh is captain of the navy and loves the sea. Which makes his companions all the more suitable.

Markel and Hunter are two sims based on the same character from a different novel. Hunter is Markel before he was kidnapped by pirates and Markel is after he was kidnapped and lived with the pirates for many years. He was taken away from his mother and enslaved on a pirate ship at the tender age of ten. But eventually he bonds with the Captain and tends up being the key to finding the greatest treasure haul the seas of Arren have ever seen.

And the kitty is actually Rose from my Pokémon Legacy, but recolored to look like Pierce. Who is Markel's bully on the pirate ship.
Collapse